Although I lived in MPLS, MN for 20 years, that was 10 years ago. Ive been in Yorktown VA where there was never any snow and temps rarely went below 30 so I"m suffering now.

Visiting relatives in Rapid City, will return to Cheyenne tomorrow, God willing and the snow don't fly.
Posted by Cathy Gale at 2:00 PM No comments:

A professional photographer was at the event, took lots of photos, and they can be viewed here:
http://picasaweb.google.com/105905713090261929005/WASP2010?authkey=Gv1sRgCNCzyYSf28CXIw&feat=directlink#

A few photos of the participants, and a lot of photos of the museum with closeups of posters and stuff - turned out so much better than my own photos, I know, so you will want to look at these.

the only flaw is that none of the people in any of the photos are identified. I will see what I can do about working up descriptions for some of them and post that here, which you can print and then use as a reference guide should you choose to visit the web album. Of course the very old lady with the white hair is WASP Mary Vanderventer (Mary Putnam while she was a WASP, nicknamed Put Put.

the photos are very nice so you should do so!
Posted by Cathy Gale at 8:50 PM 1 comment:

I attended the first annual Wasp Museum 5K Run, 2K walk fundraiser yesterday. I took lots of photos, unfortunately I didn't bring the cord needed to download photos to my computer, so I can't share them here yet. Also, my tip down to Texas is going to be extended longer than I had expected (I'm staying with relatives) so not sure when I'll be able to upload them.

Nevertheless, it was a lot of fun. WASP Mary Putnam Vanderventer was there signing autographs. A female C130 pilot from Dyess Air Force Base was there - Rachel Scott. (I didn't realize that in today's Air Force, there are still only 300 women pilots.)

Don't forget to take a look at the WASP website - or visit the museum!:

http://waspmuseum.org/
Posted by Cathy Gale at 1:11 PM No comments: Posted by Cathy Gale at 4:08 AM No comments:

Photo: 757 at Gatwick with wake vortex 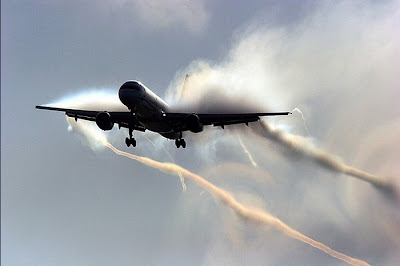 Posted by Cathy Gale at 4:00 AM No comments: 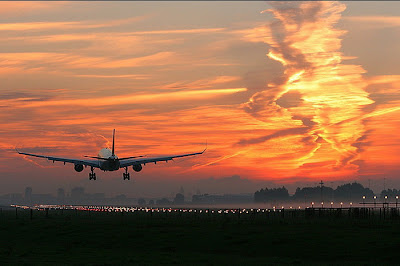 Was sent a lot of cool aviation photos via email, and will share them here.
Posted by Cathy Gale at 12:56 AM No comments:

The Lady and the Tiger...Moth

A repeat post, with an easy Amazon order box.


Don't wait until it's almost Christmas...although you can do that with the Kindle, come to think of it...

Anyway....order today!
Posted by Cathy Gale at 8:47 AM No comments:

Soar, Elinor: The story of Elinor Smith, who did something no other aviator ever has!

Just wrote a book review for Soar, Elinor, the new children's book by Tami Lewis Brown that tells the story of Elinor Smith. She set quite a few aviation records in her day, but did one feat in 1928 that no one, male or female, has ever matched. She flew under all four bridges that span New York's East River.

The Wright Brothers designed and flew the first airplane in 1903 - for all of a few seconds. It took several more years before aviation technology had progressed to the point where the average person could fly one of the rickety craft.

Well, "average person" is perhaps a misnomer. Pilots during the early years were anything but average. Aircraft design was still in its infancy -- the Wright brothers had shown the way, but were very quickly inundated with competitors, both in the United States and around the world -- and planes were very fragile. Early planes didn't even have a cockpit. A pilot sat on the bottom wing of the two wing craft, with a couple of joysticks for maneuvering...and no seatbelt.

But adventure seekers flocked to this new technology. And among them were plenty of women who wanted the same thing as their male counterparts - to earn their living as pilots. Even more than men, female pilots were unusual. In the early 1900s, women simply weren't supposed to be adventurous. Their role in life was circumscribed - to be a wife and a mother. If for some reason they didn't get married, they would act as surrogate mothers to their relative's children, and feel ashamed of their unmarried state. There were several women who broke the mold, but they oftentimes faced ridicule and scorn from the society of the day.

Human beings being competitive by nature, competition over the new technology began at once. Who could fly fastest? Highest? Longest? Who could be the first to refuel a plane in the air? To fly from this point to that point? Women pilots desired to set the same records the men did - even though in the books they were divided into male and female records.

And records, in aviation's infancy, were set one day and broken the next. But there was one achievement - one feat - that was accomplished by a woman pilot - and by no one else, male or female, in all of aviation history.

The story of that accomplishment is told by Tami Lewis Brown in the new children's illustrated book,Soar, Elinor.

Elinor Smith earned her pilot's license in August, 1928, when she was 16 years old. Her parents had supported her ambition to become a pilot since she'd fallen in love with flying at the age of 6.

When Elinor was ten, she began flying lesson. Her teacher strapped blocks to the rudder bar so her feet could reach it, then taught her how to guide the control stick. To Elinor, the engine's exhaust was a spicy perfume.

"She will fly one day with the great ones," an old pilot said. "She has the touch."

At fifteen, Elinor thought she was ready to fly alone. Her father said no. She had to wait until she was eighteen.

But Elinor's mother knew what it was to have a dream, too. When she was a girl, she had hoped to have a singing career, but her parent's wouldn't give her voice lessons.

And Agnes Smith knew her daughter. "If flying airplanes is what you want to do," she said, "be like the U.S. Mail. Don't let rain, sleet or snow deter you.".

By 1928, women had been flying planes for almost 20 years, but some male pilots and lots of the general public continued to complain about the way they defied society's norms.

Elinor was stung when the newspapers of the day nicknamed her the "Flying Flapper," and a male pilot made fun of her. She decided to do something that no pilot, male or female, had ever done before. She would fly underneath all four of the bridges over New York's East River. Flying under bridges was extremely dangerous (not to mention illegal.)

But Elinor set out to do it, and this book, Soar, Elinor shares the story of how she did it.

First, author Tami Lewis Brown shows how young Elinor, age 6, fell in love with aviation, and describes her progress towards her pilot's license, Then, it's time for her to plan her risky flight underneath the Brooklyn, Manhattan, Williamsburg and Queensboro Bridges.

In these vignettes, Brown brings Elinor and the New York City of 1928 to life. Artist Francois Roca's full-color illustrations slmost fly off the page. The book is your typical children's oversize: 11 x 10.

Elinor Smith met with author Tami Lewis Brown many times before she passed away (on March 19, 2010, at the age of 99!), and Elinor has these words of advice for future generations: "Children must be allowed to dream and have a horizon to work toward. For me there was only one path: I knew from age six that I wanted to fly. Flying was the very breath of life to me and I was successful because I loved it so much."

I recommend this book highly. 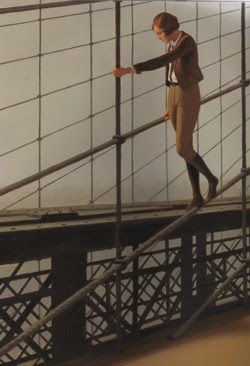 Posted by Cathy Gale at 1:19 PM No comments: 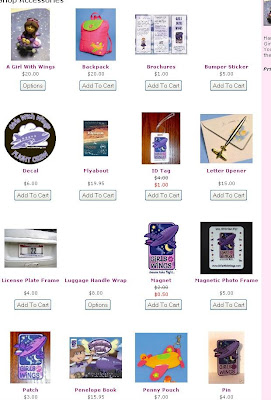 If you have little ones, think about having Santa bring them some aviation-centric gifts from Girls With Wings. Their Christmas sale started today, November 1.

There are pins, backpacks, decals, patches, purses, all with either the Girls With Wings logo, or of an actual girl with wings.

Check it out!
Posted by Cathy Gale at 1:11 PM No comments: